This article was adapted from the UCLA Newsroom. 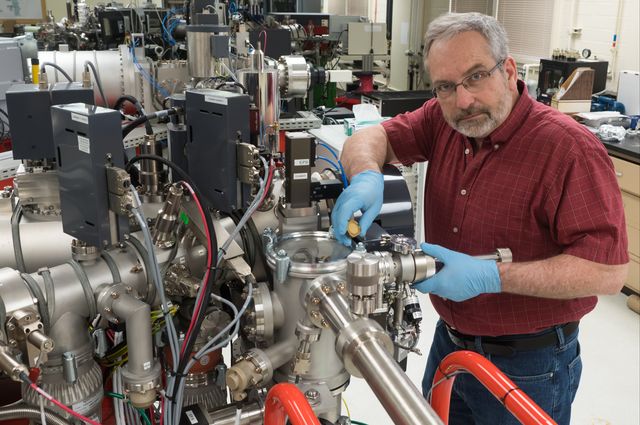 Courtesy of Kevin McKeegan
Kevin McKeegan will be presented with the medal at a ceremony April 29 in Washington, D.C.

Kevin McKeegan professor of cosmochemistry in the UCLA Department of Earth, Planetary, and Space Sciences, has been selected the recipient of the 2018 J. Lawrence Smith Medal by the Council of the U.S. National Academy of Sciences. The Smith Medal recognizes recent original and meritorious investigation of meteoric bodies.

McKeegan is being awarded the Smith medal in recognition of his “contributions to understanding of the processes and chronology of the early solar system as recorded by primitive meteorites, for innovation in analytical instrumentation, and for showing that the oxygen isotopic compositions of the Earth and rocky planets and meteorites are distinctly different from that of the Sun.”

He will be presented the medal at a ceremony April 29 during the academy’s annual meeting in Washington, D.C.

The medal was first given in 1888 and is now awarded every third year. McKeegan is the 26th recipient and the third UCLA scientist to be so honored; previous UCLA winners are John Wasson in 2004 and George Wetherill in 2000.