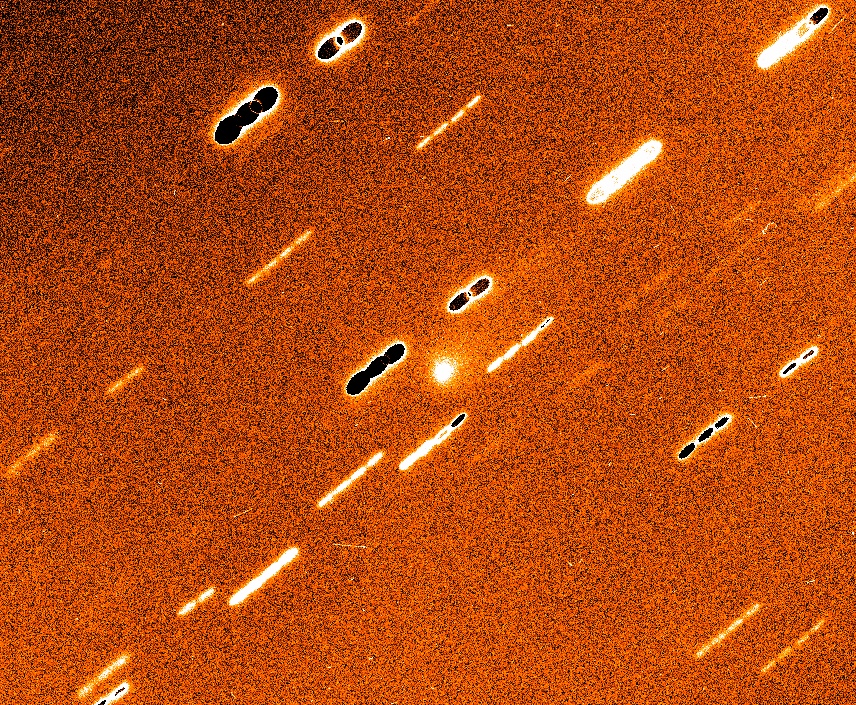 Comet Borisov, discovered on August 30th, is the first known interstellar comet and only the second interstellar object ever to have been found in the solar system.  It is thought to have been ejected from an unknown planetary system elsewhere in the galaxy and to have drifted amongst the stars, perhaps for billions of years, before making its current flyby of the Sun.  UCLA's David Jewitt and collaborator Jane Luu from the University of Oslo have secured some of the first high quality images of Borisov using a telescope in the Canary Islands.  Curiously, they find that Borisov is completely different from the first interstellar visitor ('Oumuamua, discovered in 2017). Whereas 'Oumuamua showed no visible activity, Borisov already shows an extensive dust tail even though  it is much further from the Sun.  In the coming months, Jewitt & Luu hope to determine the size and shape of the nucleus and to compare this interstellar visitor with comets from our solar system.  The comet should be visible for up to a year.
Read more: https://www.popularmechanics.com/space/deep-space/a29091084/comet-photos-2019/