In memoriam: John Rosenfeld, 100, fixture of mineralogy and petrology teaching and mentorship 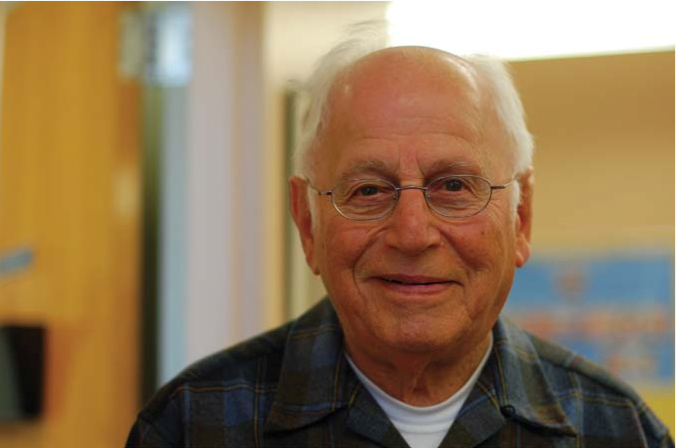 John Rosenfeld, fixture of mineralogy and petrology teaching and mentorship, passed away in Santa Monica on August 15, 2020. He was 100.

John Rosenfeld, Emeritus Professor in UCLA’s Department of Earth, Planetary, and Space Sciences, passed away in Santa Monica on August 15, 2020, one month and one day following his 100th birthday. John was a fixture of mineralogy and petrology teaching and mentorship at UCLA for most of its history, and even after retirement he remained a friendly and engaging presence in the EPSS department and was the benefactor enabling Monday afternoon tea & cookies enjoyed by many.  He had been remarkably fit and sharp of mind until his health began to fail earlier this year.

Born in 1920, John was a native of Portland Oregon.  He was the youngest of three children.  His parents cultivated a strong sense of social commitment and love for the natural environment; these remained fundamental and active values throughout his long life.  From Portland John traveled across the country, 4 or 5 days by train, to attend Dartmouth College where he studied geology and met his life-long colleague and close friend James Thompson. Graduating in 1942, John entered the United States Army and was stationed in Southern Italy as a communications officer in the Air Force. Before deployment overseas in the autumn of 1943, he married Juanita Baker who was also a native of the Northwest. They shared a deep love for the environment, for social justice and engaged community commitment that was sustained throughout a marriage of sixty years.  Nita predeceased John in 2004.  They are survived by their son and daughter.

Following the war, John returned to geology, studying at Harvard with petrologist and Academy member Esper Larson. He received his Ph.D. in 1954 and joined the UCLA faculty in 1957, in what was then the Department of Geology. He conducted in-depth petrologic studies of metamorphic rocks, focusing on terranes in New Hampshire and Vermont where he worked for many summers out of a small cabin that often served as a field camp base where he and Nita hosted many New England geologists in the summers.  John always saw himself as a cross-disciplinary scientist - a field-based geologist first, but one who coupled field data with theory and laboratory observations. He felt that one needed to look at the rocks carefully, from several different perspectives, in order to really understand Earth history.  His tool of choice in the laboratory was the optical microscope and he was widely acknowledged as a superb microscopist, with a skill set that has largely faded from subsequent generations of geology students.  He was one of the first to make and use a “spindle stage”, which involves mounting a tiny crystal on a needle and being able to rotate in the X, Y and Z directions. Immersed in a drop of oil of the right refractive index, it is possible to determine many of the crystallographic properties than are now obtained only with X-rays and electrons.  Professor Bruce Runnegar recalled one striking example of John’s skill with the optical microscope, “He once showed me that one could obtain an optical diffraction pattern—a grid of bright spots— from natural opal. Opal is amorphous, but John knew that it is made of tiny spheres, typically stacked in regular arrays. The diffraction pattern comes from the spaces between the spheres, also regularly arranged in three dimensions. These are the features that produce the bright colors in precious opal.”

John used his enormous expertise in optical mineralogy, most famously, in his studies of the rotation of minerals such as garnet that recorded deformational and pressure-temperature conditions as they grew in high-pressure metamorphic environments.  His work with John Christensen and Don DePaolo in measuring Sr isotope variations across so-called “snowball garnets” from southern Vermont added chronological information thus enabling calculation of strain rates and timing of temperature changes during mountain building.  John was proud of this interdisciplinary research that captured the cover of Science magazine in June, 1989. 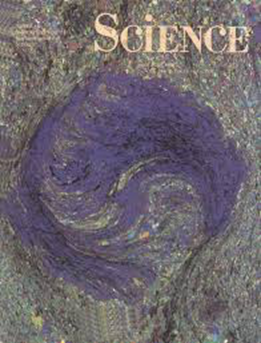 Throughout his long career, John was always concerned and caring about students, staff and faculty colleagues, especially striving to improve communication and collegiality. In addition to the coffee and cookie fund, in 2017 he established the John L. and Juanita B. Rosenfeld Graduate Fellowship Fund within EPSS, saying, "It is gratifying that my gift will help UCLA graduate students for many generations to come."  John was a constant presence in the department well into his late 90’s.  When he lost his ability to drive, his visits became infrequent and the halls of the Geology Building have not been the same since.  He is missed by many here.