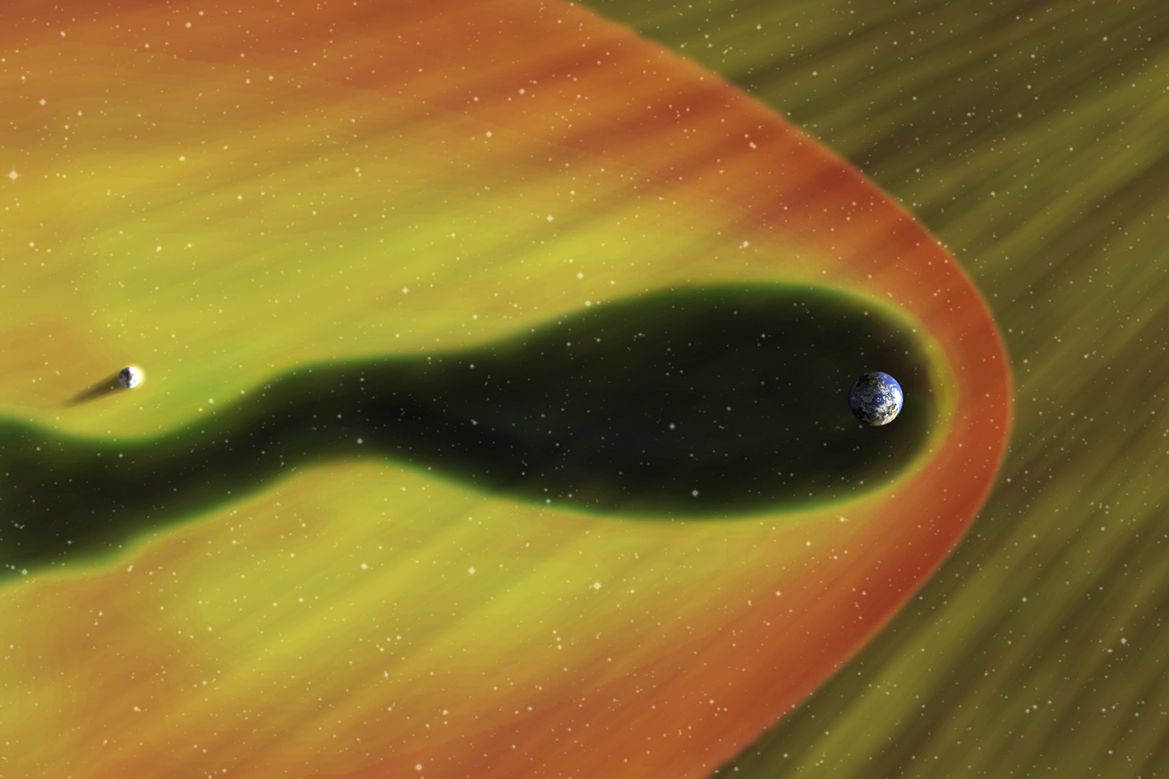 A study published in the Journal of Geophysical Research: Space Physics shows that the magnetosphere can flap across the moon much like a windsock, exposing it to hazardous solar wind particles. Previous simulations suggested that lunar satellites and astronauts on the surface could be considered safe during a full moon while it resides within the magnetosphere.

One side of the moon always faces Earth due to synchronization with ocean tides, so understanding the effects of the solar wind at the full moon’s surface is critical for manned activity.

“Before we send astronauts back for longer periods, it is crucial that we understand the dynamics of space weather around our moon,” said Vassilis Angelopoulos, a professor of space physics who oversees the Themis and Artemis missions at UCLA. “There are still many science and safety questions to address.”

Potential hazards to lunar missions include increased static charging of surface dust, which can cling to space suits and damage equipment, and the degradation of solar panels over time. Solar wind exposure might also influence the placement of long-term lunar bases and mining operations. Because water is spontaneously formed when solar wind protons impact the lunar soil, the phenomenon could influence where water, which could be used for fuel and human consumption, is deposited on the moon’s surface.

When the solar wind blows, Earth’s magnetosphere can flap in the breeze. When it’s strong enough, it can expose the Moon to particle radiation.