Professor pays it forward by promoting diversity and environmental justice 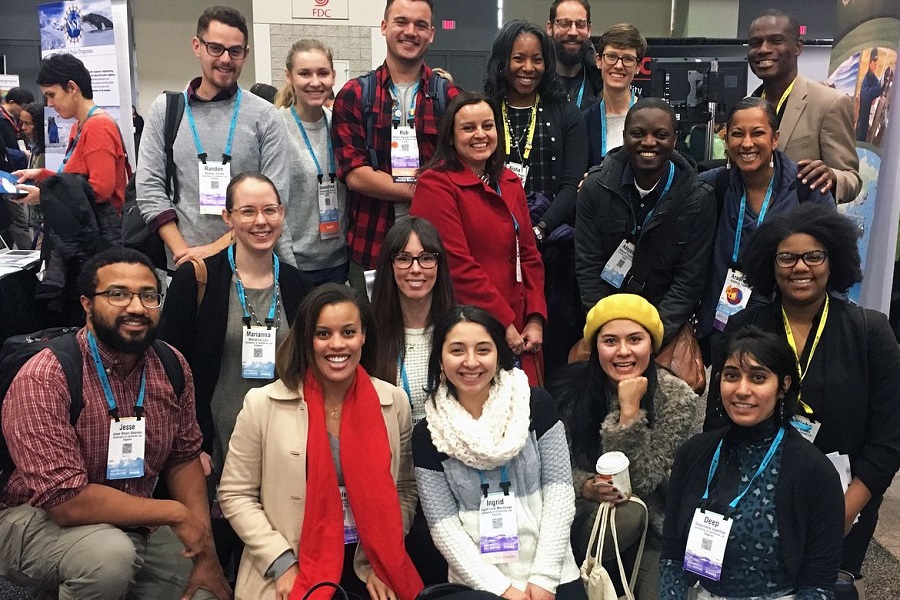 Members of the Center for Diverse Leadership in Science, which was founded by Professor Aradhna Tripati, third row, far right, and their colleagues.

Climate scientist Aradhna Tripati’s path to a career in science included a detour through being a lonely child.

In Los Angeles in the 1980s, she remembers, “I was usually one of the few dark-skinned kids in my class, and my family faced many issues that felt isolating.” She escaped into books and studied so intensely that by age 12 she attended Cal State Los Angeles, and there she found supportive friends, mentors and role models.

In graduate school, when family illnesses struck and she began fostering her sister, she considered leaving the program — but her friends and faculty became her support network, guiding her to fellowships that helped pay the bills, giving her research experience in environmental science, and providing letters of recommendation for her scholarship applications.

She is now a renowned climate researcher and associate professor affiliated with UCLA’s Institute of the Environment and Sustainability, the departments of atmospheric and oceanic sciences, and Earth, planetary and space sciences, and the American Indian Studies Center. Tripati was the first woman of color out of 50 faculty in the institute and the two geoscience departments.

It’s easy to see why Tripati places such a high value on diversity, mentorship and community. Using a National Science Foundation grant to support her integration of research, education and outreach, she built a pilot program that was impressive enough to be recognized with a Presidential Early Career Award from then-President Barack Obama. To expand her activities, Tripati formed the Center for Diverse Leadership in Science in 2017, creating the first university-based center for diversity in environmental science.

“So many of our students have overcome enormous adversity to come here,” Tripati said. “I see in them how challenging things were for me growing up, and I recognize and remember the importance of role models. I wanted to pay it forward, with core values, including justice and equity, to support our students so they can engage in integrative research, education and outreach activities.”

Tripati attracted Centennial Campaign donors with her record of commitment to equity and diversity.

“There are several donors who have believed in our vision and our theory for change,” Tripati said. “They want to join our mission because they’re concerned about the environment, environmental justice, access in STEM, and they want to find opportunities to give back.”

The campaign raised $5.49 billion and brought together nearly 220,000 donors who were moved to demonstrate their commitment to UCLA and its mission of innovative teaching, groundbreaking research and service to the community and the world.

Under Tripati’s leadership, the Center for Diverse Leadership in Science has already supported more than 100 early career fellows in the last three years, including not only graduate and post-doctoral researchers, but also high school and undergraduate students, as well as nearly two dozen faculty.

Together, the CDLS fellows help each other overcome the obstacles that women, minorities, the LGBTQ community and people with disabilities face in pursuing science careers. They engage in interdisciplinary research, partner with community organizers, and conduct outreach into local schools and communities to support others. Combined with mentorship and professional development, Tripati aims to create the perfect mix, not only for recruitment and retention, but also for innovation in environmental and climate science.

Senior Venezia Ramirez became an early career fellow last year. The first-generation college student grew up in Norwalk, California, and doesn’t recall ever hearing from anyone in college like her — a Chicana student interested in science. Now, she organizes trips to K-12 schools in South Los Angeles to give science demonstrations. 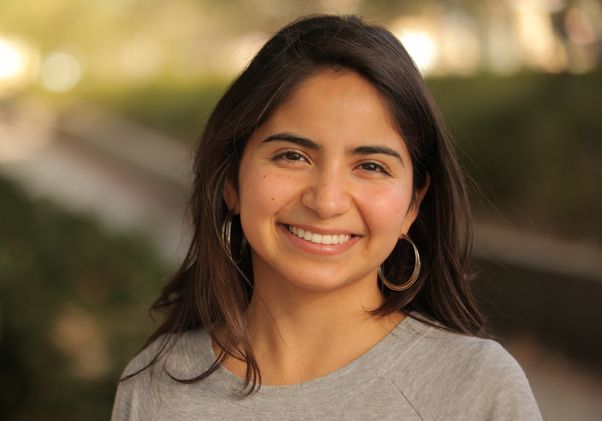 “It’s very encouraging to see someone who has been through your same adversity going to college and studying science,” Ramirez said.

Before joining the center, Ramirez couldn’t find anyone to relate to and felt isolated in her science classes. She considered switching her major to social sciences or public policy.

“I honestly don’t know if I would still be in science without CDLS, because it wasn’t until I joined that I found my niche at UCLA,” she said. “I’ve developed really strong relationships with CDLS fellows, and so many of us didn’t feel like we belonged at UCLA before joining the center. Part of why we feel like we belong now is that Aradhna’s desire to help us and the community is so genuine.”

As a fellow, Ramirez spends 20 hours per week doing outreach at local schools and research in Tripati’s lab. She beams with excitement when she talks about phyto-remediation, looking for new ways to use plants to clean up polluted soils. She hopes to put those plants to use in local communities, such as those affected by contamination from lead, arsenic and other chemicals released by the shuttered Exide battery recycling facility in Vernon, about four miles south of downtown Los Angeles. Tripati and her lab group members are helping Ramirez plan research into using sunflowers to clean lead-contaminated soils with community members.

“The work I’m doing is so amazing, and I love the experience, but it’s incredibly rewarding to be paid for it,” Ramirez said. “Aradhna’s realistic. Without my CDLS funding, I’d have to work a different job, with another focus, and I wouldn’t have 20 hours a week for science. UCLA is my first choice of grad schools because of CDLS. I’m not going to find anything like it anywhere else.”

With the center now in its fourth year, some of the 100 CDLS fellows are embarking on their careers. Some have become professors at community colleges, and others are giving back to other communities. One, Juan Lora, was a postdoctoral researcher working with Tripati studying the water cycle using climate models and is now the first Latino professor in his department at Yale. Another, Alexandrea Arnold, was a community college transfer student who graduated from UCLA with two degrees and has since begun her doctoral studies at UCLA with Tripati. When she graduates, Arnold will become one of fewer than two dozen indigenous women in the nation with a Ph.D. in atmospheric sciences, Tripati said. Arnold recently won the University of California President’s Award for Outstanding Student Leadership for her work creating the Environmental Justice and First Nations program.

“It’s heartening to see the impact that we’ve had,” Tripati said, but even with a recent million-dollar grant for one research project, she worries about new donations for the center to be able to sustain it. “People who care about these issues donated the seed funding to expand what I was already doing in my lab and to grow the center. The challenge is that we need to be supporting so many more people, but we don’t have the resources. My vision is to support at least 150 students per year, so we need major gifts for that, and we need an endowment, given the scale of climate change.”

More research projects at the center include topics like water sources in California; air pollution in East Los Angeles; soil contamination in South L.A.; drinking water in L.A. schools; how changes in rainfall patterns increase stress on outdated sanitation infrastructure across the country; past and future climate change impacts on temperature and the water cycle in the southwest, the Amazon, Indonesia and Antarctica; and how restoring kelp forests can improve marine conservation and draw down carbon off the coast.

Rob Ulrich, a geochemistry doctoral student, examines how marine creatures use calcium carbonate — such as how coral build their skeletons, how sea urchins form their spines, or how mussels make their shells — and what that can tell us about historic environmental ocean conditions. But although he came to UCLA to study biomineralization, he came to Los Angeles to find a community.

“I was coming into my identity as a queer person,” Ulrich said. “I wanted to leave Virginia and get a new start somewhere where there was queer and trans culture.” 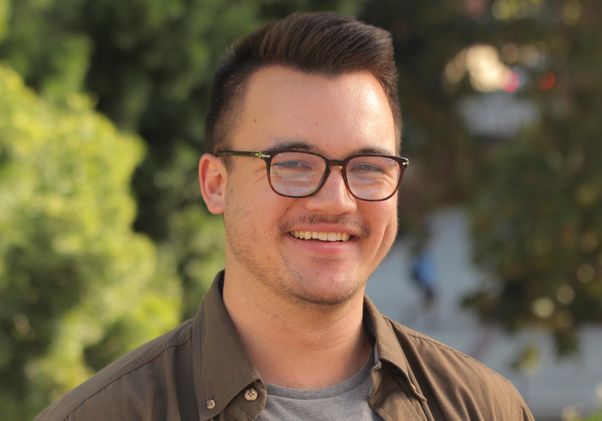 Before he even moved, Tripati called him as his advisor to ask how he wanted to be involved in the center and if there was anything specific he wanted to see the center do. He helped form the center’s regular DiversiTea discussion meetings, where about a dozen people meet weekly to discuss sensitive topics often related to race or discrimination. He also founded the center’s partner organization, Queers in STEM. Tripati’s enthusiasm made a big impression on him.

“It was just really nice to have someone be that supportive about my queer identity in a STEM setting,” Ulrich said, remembering that Tripati didn’t see him “just as a scientist or just as a student but as a full human being.”

As a graduate student contending with Los Angeles housing prices, the stipend has also been crucial, he noted. Without it, he’d have to take time away from CDLS for another job to afford his rent and other expenses.

“It also helped me when I wasn’t fully on my own two feet, especially when I had some surgeries,” Ulrich said. But it’s more than the money — Tripati’s focus on empathy has also created a community. “I know that if I ever need anything or any support, I have this network of people.”

Ulrich emphasized the importance to him of having peers to share experiences with. He describes himself as half-white, half-Vietnamese, and he appreciated finding a group of diverse science students. “You’re not the only person of color working in the lab here. You’re not the only queer person working here.”

UCLA is a work in progress, Tripati said, but she wants to be part of that progress.

“I think the state represents where the country is headed, but UCLA doesn’t represent that diversity yet at either the student or faculty level, and I’m eager to support that end goal,” she said. “I’ve found an incredible community of students, and the alumni inspire me and help me. UCLA has some growth to do, but it’s an incredible institution.”

Tripati’s students say the center is vital in adding more diverse voices to environmental science and in achieving inclusion and justice.

“If I’m rich when I grow up,” said Ramirez, “I’m going to donate to CDLS so future students can continue to do the work that we’ve started.”