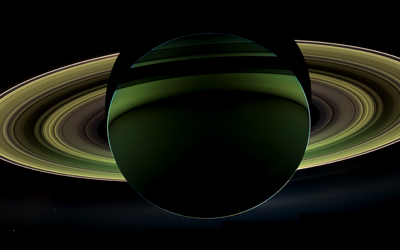 UCLA is recognized internationally as a leader in the plasma physics of space. Research done by the space physics group includes data analysis, simulation, modeling, and theoretical plasma physics. Topics of interest include the dynamics of the solar wind, the magnetospheres of the Earth and planets, and the interaction of the solar wind with bodies in the solar system including asteroids, planetary satellites, unmagnetized planets, and planetary magnetospheres.

Recent work includes studies of loss processes in planetary atmospheres and the occurrence of lightning in planetary atmospheres. Much effort is being expended towards the understanding of terrestrial magnetospheric activity including geomagnetic storms and substorms. One of the ways that UCLA contributes to our understanding of the magnetized space plasma environment is through building and flying magnetometers on exciting missions of discovery. Magnetometers designed and fabricated at UCLA have enabled space science faculty and students to greatly expand our understanding of the magnetic structure and dynamics of the Earth, Venus, Jupiter, their satellites, asteroids, and the solar wind.

More recent UCLA-built magnetometers include the DSX mission to the inner magnetosphere and SpaceIL's Beresheet lunar lander in 2019, the Mars InSight lander and ELFIN CubeSats launched in 2018, and the MMS mission to study reconnection launched in 2014.

In addition to the space-based magnetometer program, UCLA builds state-of-the-art ground-based magnetometer systems that are currently deployed at over 40 sites in China, Europe, North and South America and Antarctica. These ground-based arrays complement the space-based observations and will continue to play a vital role in understanding the heliospheric-magnetospheric-ionospheric system.

In addition, UCLA Faculty, researchers and students are involved with the magnetometer data analysis teams on the Cassini mission to Saturn, on the European Space Agency's CLUSTER II constellation mission and its Rosetta mission that will land a package on the comet 67P/Churyumov-Gerasimenko, on NASA's STEREO heliospheric mission, and on ESA's Venus Express Mission.