Hotspots can be Cold

Read the original here: Link to the paper at Science 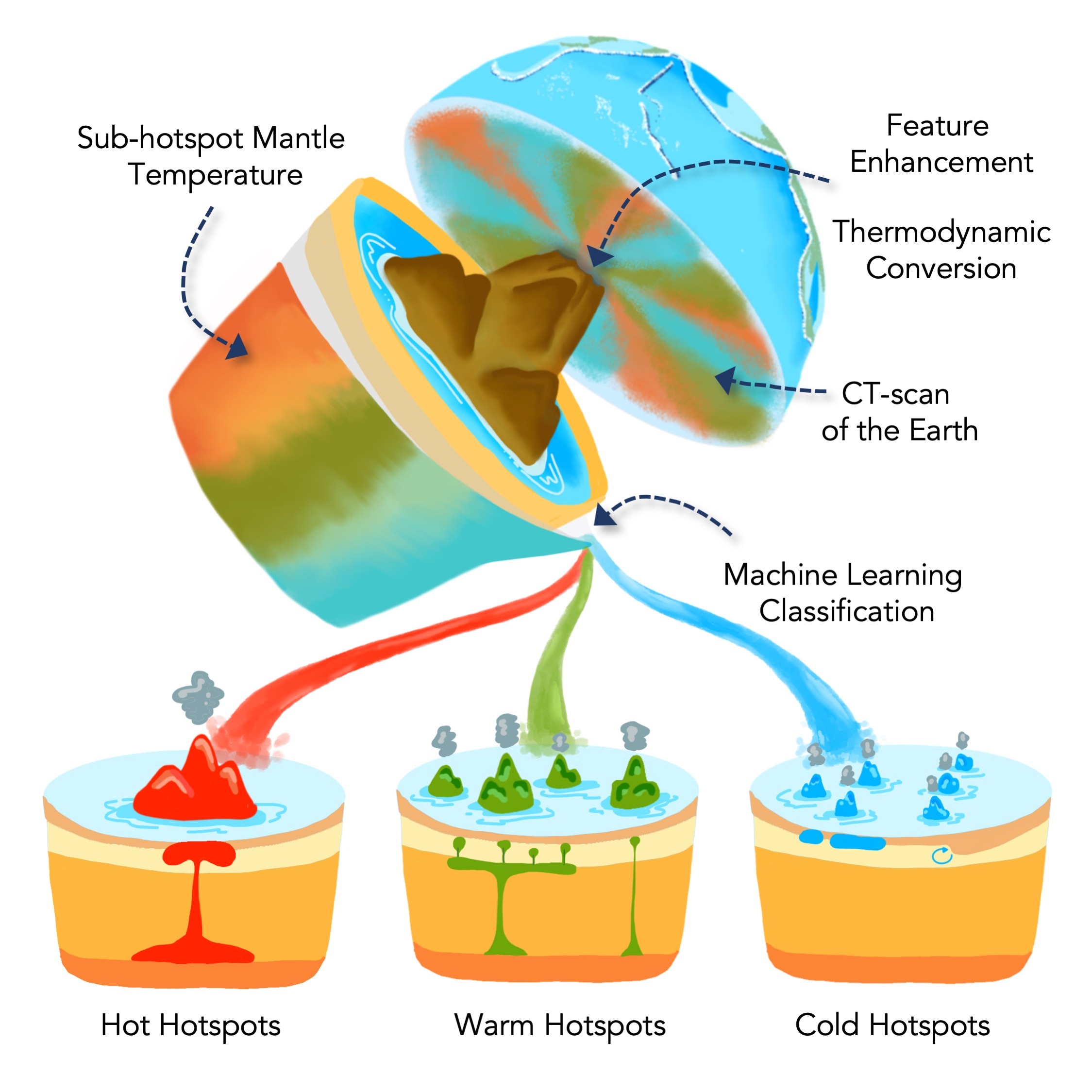 Researchers infer the temperature of Earth's mantle beneath hotspot volcanoes by converting a CT-scan of seismic velocities to temperature using thermodynamics, and use machine learning to classify hotspots into hot, warm, and cold.

For many decades the conventional wisdom has been that volcanic hotspots like Hawai'i are fed by plume of buoyant, upwelling material coming from deep in the mantle. The prevailing thought is that the plumes were hotter than the surrounding mantle to provide them with the necessary buoyancy to rise actively. EPSS Grad student Xiyuan Bao, Prof. Carolina Lithgow-Bertelloni together with UC colleagues Profs. Matt Jackson of U.C. Santa Barbara and Barbara Romanowicz of U.C. Berkeley have found that while some plumes (Hawai'i, Iceland, Galapagos amongst them) are indeed hotter and carry signals of deep and ancient mantle domains, most are barely hot enough to rise actively. In some cases they are actually colder than the surrounding mantle. So how can such plumes rise? Are warm plumes carried by the background mantle or are there other mechanisms at play? The answer is not yet clear, but new frontiers are opened that will give us a window into the chemical and dynamical evolution of Earth’s interior