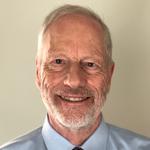 Michael W. Thacher served as General Manager, Public Relations & Communications, for Unocal, a global energy company, from 1995 until it merged with Chevron in 2005. In this position, he was responsible for corporate media relations, employee communications, and executive presentations, as well as key financial and business marketing communications. Thacher received a BA in philosophy from The George Washington University in 1970 and an MBA from UCLA in 1983.

Thacher began his communications career in 1973, going on to serve as Editor of Western Foodservice magazine, Managing Editor of Human Behavior magazine, and Editorial Director of Pharmaceutical Technology publications. In 1981, he joined Atlantic Richfield (ARCO) as Manager of Editorial Services. From 1984 to 1985, Thacher was Manager of Corporate Communications at Northrop Corp.

As a professional writer, Thacher has contributed opinion pieces, news stories, and book reviews to a wide variety of daily papers and periodicals, including the Los Angeles Times, the Christian Science Monitor, and Astronomy magazines.

Today, Thacher serves on the Board of Advisors of both UCLA’s Division of Physical Sciences and Department of Earth, Planetary, and Space Sciences. He is an emeritus member of the National Council for Arts and Sciences at The George Washington University, where he sponsors an annual guest lecture and student fellowship in philosophy, as well as an annual award for outstanding publications in space policy. He also supports an annual postdoc research award in astronomy for the Carnegie Observatories and a summer graduate fellowship in astronomy at UCLA. Since 2004, Thacher has conducted public tours and educational outreach for Mount Wilson Observatory near Pasadena, California.